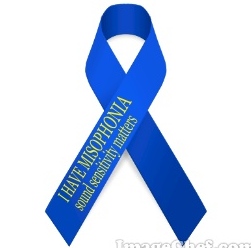 Misophonia is often described as the hatred of sound. But those who have it know it as far more debilitating.

Misophonia sufferers experience negative emotions, thoughts, or physical rage triggered by specific, outstanding noises. According to WebMD, sound can trigger “a desire to kill or stop whatever is making the noise.”

What none of the articles I’ve seen online addresses is the specificity of the rage that accompanies the disease. It’s not just a raw, unidentifiable hatred of sound.

When you have misophonia, you quickly identify repetitive, staccato-like sounds that don’t belong. As soon as you hear them, you have to know where they’re coming from. And if the sound is coming from someone doing something irritating, it’s easy to experience rage: Not just because of the sound itself, but because of the selfishness, and lack of awareness and courtesy the person making the noise is exhibiting.

The US doesn’t actually have a Misophonia Awareness Day, but the UK does. It’s the first Monday of May. I picked today, June 22, because we have to start somewhere. My lobbying team is in the offices of select Congressmen and women as you read this working on locking in the 22nd.

Misophonia is no laughing matter. I had it for years before Jastreboff & Jastreboff identified it in 2001. Prior to that, people kept telling me I had a weak case of hyperacusis. I knew better. When I experience it, it makes me want to thrash the person making the sound and explain to them their lack of consideration for the people around them who don’t want to hear them cough or eat (or clip their toenails).

My more misophobic asshole friends often taunt me with this knowledge by making subtle, staccato, repetitive noises on purpose, like clicking a pen over and over again. I’m sure I’ll get the last laugh, though, when I rip one of their faces off. 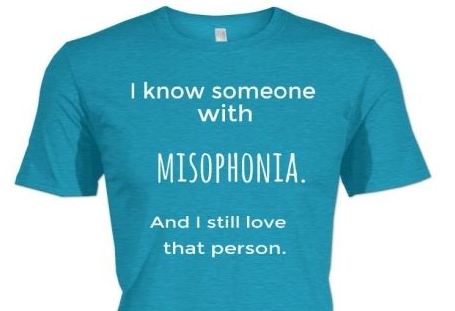 If this is the first you’ve heard of misophonia, consider your actions and how they may effect an unknown misophonia sufferer in your midst.

And for the record, those of us with this crippling social disease are misophonia sufferers until we’ve had to endure some misophobic bigot clipping their nails in a public place, eating a bowl of cereal and clinking their spoon at work, letting their dog sit outside and bark, or listening to their iPad on a plane without headphones so we can only hear the tinny, high frequency, barely discernible sound of whatever it is you’re watching.

Once you’ve experienced the rage, the sheer and utter indescribable madness, you are no longer a sufferer… you are now a misophonia survivor.

I… am a misophonia survivor, and I’ll thank you to stop snapping your gum, chewing so *ucking loudly, and letting your dog sit outside and bark at your back door for an hour wanting to be let in.

Who deserves to die?

A flag for everyone